The national bird of South Africa - only 25,700 individuals remain after beginning a sudden population decline from around 1980 and now are classified as vulnerable. Blue cranes only pair with one mate (monogamous), and despite being very social animals are extremely territorial while breeding, They nest in summer and the laying date can be anytime between August and April. Cavalli’s Cranes laid their first two eggs in Oct 2011 after the perimeter fence was complete and secured their habitat. The Blue Crane is a bird very special to the amaXhosa, who call it indwe. When a man distinguished himself by deeds of valour he was often decorated by a chief by being presented with the feathers of this bird. Men so honoured – they wore the feathers sticking out of their hair – were known as men of ugaba (trouble) - the implication being that if trouble arose, these men would reinstate peace and order.

The Steenbok, Raphicerus campestris, is a common small antelope of southern and eastern Africa. Steenbok are typically solitary, except for when a pair come together to mate. However, it has been suggested that pairs occupy consistent territories while living independently, staying in contact through scent markings, so that they know where their mate is most of the time. Breeding occurs throughout the year, although more fawns are born November to December in the southern spring–summer. Cavalli’s Steenbok had their first baby after enclosed perimeter fencing kept poachers and their hunting dogs at bay.

The Helmeted Guineafowl (Numida meleagris) is the best known of the guineafowl bird family, Numididae, breeds in Africa, mainly south of the Sahara - Flocks of guineafowl have flourished in recent years in the Southern Suburbs of Cape Town, where they seem to have adapted remarkably well. Guineafowl are particularly well-suited to consuming massive quantities of ticks, which might otherwise spread lyme disease.

Chameleons-The Cape Dwarf Chameleon (Bradypodion pumilum), is a chameleon native to the South African province of the Western Cape where it is restricted to the region around Cape Town. Living as they do in the area now dominated by the city of Cape Town, their natural habitat is being largely covered by urban expansion. 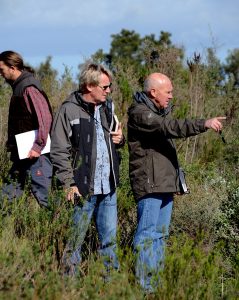 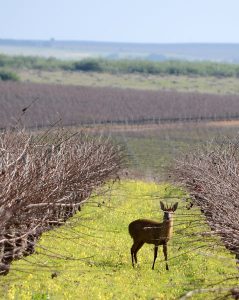